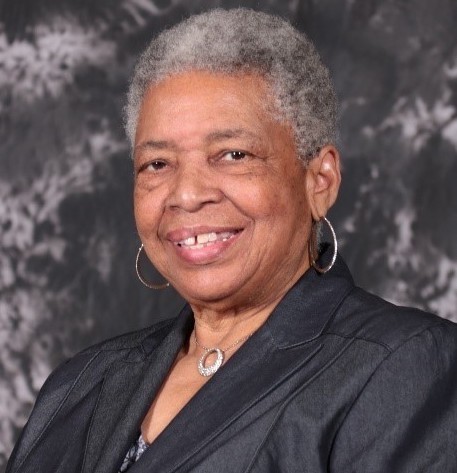 Mrs. Gamble is a retired mathematics teacher and former business owner. She taught mathematics for 33 years on the college and high school levels. In 1992, while still teaching, she became co-owner of KTOY Radio, the first Black-owned radio station in the state of Arkansas. In that capacity, she served as CFO, Station Manager and President of its parent company, Jo-Al Broadcasting, Inc., until she and her partner sold the station in 2005. While under their ownership, KTOY Radio worked very closely with TASD. She retired from TASD in 2000 after a successful career where she served as Program Coordinator for the ESAA Program and Mathematics Teacher at Arkansas High School (AHS).

Emmie Gamble is a charter member of the Texarkana Alumnae Chapter of Delta Sigma Theta Sorority, Inc., a charter member of the Texarkana Pan Hellenic Council, and a charter and Emeritus member of the Texarkana Arkansas Education Foundation. Other past and present organizations to which she provided community and volunteer service include: Conifer Girl Scout Council Board, Boy Scouts of America Advisory group, Faith Love and Hope Youth Corporation Advisory Board, Ozan Inghram Child Care Corporation Board, Southwest Arkansas Mental Health Center Board, TASD’s Gifted and Talented Program Board, Southern Arkansas University Board of Governors, TRAHC, AEA, NEA, BTWHS Alumni Association, and Miles Chapel CME Church. Among the many services she shared with nonprofit organizations was her grant writing expertise. She is credited with bringing over $1 million into the Texarkana area through grant writing services.

One of Mrs. Gamble’s most noteworthy achievements was being appointed in 1977 by Governor Pryor to the Southern Arkansas University Board of Trustees, where she served for seven years and had the distinction of being the first Black woman to serve on the board and the first woman to serve as chairman of the board. Consequently, she was awarded an Arkansas State Certificate of Merit by Governor David Pryor for her service. Other honors include being selected as one of 100 Outstanding Women in Arkansas by the Arkansas Women’s Press, receiving Texarkana’s Woman of the Year Award, being named Texarkana Alumnae’s Delta Soror of the Year and Arkansas State Delta of the Year. She was also an honoree of the Phi Beta Sigma/Zeta Phi Beta’s Tribute to African American Women, the recipient of the NAACP Business Award, the Tri-School Alumni’s Achievement Award, the Alpha Kappa Alpha’s Phenomenal Mom Award and the Iota Phi Lambda Southwestern Region Woman of The Year award.

Mrs. Gamble is a 60-year golden life member of Delta Sigma Theta Sorority, Inc. and a Silver life member of the NAACP. She also has life memberships in the National Education Association, Arkansas State PTA and her Alma Mater, the University of Arkansas at Pine Bluff (formerly A. M. & N College).

Emmie is the daughter of the late Nathan E. & Dorothy H. Jones. Both of her parents were employees of TASD and left indelible marks on education in the state of Arkansas. Her father is a 1933 graduate of BTWHS. She and two of her siblings graduated in the 1950s from BTWHS and her younger brother graduated from AHS in 1971. She was married to the late Eddie L. Gamble Sr. (BTWHS graduate) and is the proud mother of three sons, Pelvin, Eddie Jr. and Vincent (all AHS graduates). She has eight grandchildren and two great grandchildren. Her oldest granddaughter, Channen, graduated from AHS in 2006. Thus, four generations of Emmie’s family have been educated in TASD.